The enduring appeal of gas fires and the ever-growing popularity of wood-burning stoves means that more homeowners than ever need to be fully aware of the dangers of carbon monoxide poisoning. Approximately 4,000 people are diagnosed with CO poisoning in England and Wales each year, while 50 people each year from accidental exposure to the gas. 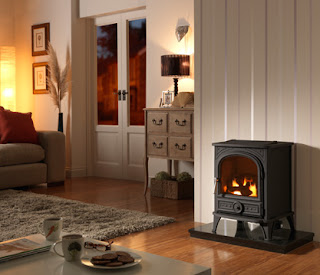 Traditionally the dangers of CO are associated with gas boilers and cookers. But in reality most, if not all gas, oil or solid-fuelled appliances could propose a Carbon Monoxide risk.
Customers are becoming more aware of the risks of Carbon Monoxide, as each case in the news brings the risk back into the public eye and under the scrutiny of the public. Because of this, retailers are reporting an increased number of customer's interested in learning how to protect themselves from the dangers of the gas.
Despite this, UK distributor of heating products BCG has seen an unprecedented spike in demand for woodburning stoves and gas fires. "The popularity of wood burning stoves and gas fires is soaring. Increasingly these heating methods are seen as a more cost efficient and effective way to heat the home. However, customers are aware that with this growing trend comes the increased risk of Carbon Monoxide."
Know The Facts

When Carbon Monoxide enters the body, it prevents the blood from bringing oxygen to cells, tissues and organs. This has the potential to build up in the body and cause neurological damage or death in the worst cases.

Although the risks are real, guarding against them is simple and there are three steps to protect yourself against Carbon Monoxide poisoning: 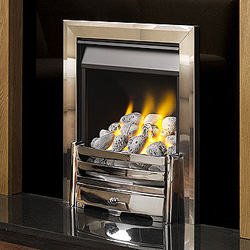 Checks: Risks are significantly reduced if all gas appliances, including boilers, fires and cookers undergo annual safety checks by a registered installer.
Detectors:Carbon Monoxide detectors should be used whenever a Carbon-based fuel appliance is installed. This includes gas, solid fuel, or oil heaters, fires and stoves.
Registered Installer: Ensuring that any gas fuelled appliance is installed by a Gas Safe registered installer and any solid fuel appliance installed by a HETAS engineer gives you peace of mind that your appliance has been correctly installed. Bear in mind that not only is it unwise to employ an un-registered fitter, but it is also illegal!

What To Look For
There are signs that you can look out for which indicate incomplete combustion is occuring:
Following the above guidelines and procedures will protect you from the dangers of Carbon Monoxide Poisoning
Posted by Mark at 08:30