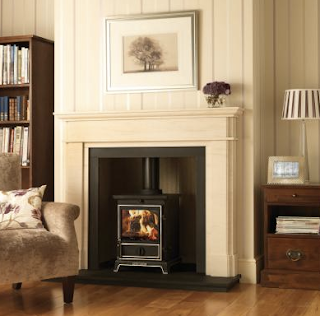 CHIMNEY fires have cost Gloucestershire Fire and Rescue service £35,000.
Firefighters from across the county have been called out to chimney fires 162 times this year.
And with the average cost of a call out around £210, the fire service is now calling for all those with chimneys to make sure they are swept regularly.
Chief Fire Officer Jon Hall said: "Our firefighters do an excellent job all year round but too often they have to deal with chimney fires that could have been avoided through proper maintenance.
"The cost may not seem that much, but when you think about the number of chimney fires our crews have been called out to recently, it all adds up.
"If you do have an open fire in your house, please make sure that your chimneys are swept by a competent chimney sweep.
"This will ensure that the flue is not blocked and that smoke and gases can escape safely.
"It doesn't cost much to get your chimney or flue serviced – between £40 and £60 depending on your type of fire, but it can cost a lot more if you choose to ignore it."
Steve Banwell, 54, has run Traditional Chimney Sweep based in Charlton Kings for 31 years. His sons Mark, 27, and Gary, 25, run the family business with him.
Negligence
He said: "Most chimney fires are through negligence and a lot are through ignorance. People do not realise that it is like cars – if you do not maintain them then you will have problems.
"The amount of times you should sweep your chimney depends on how often you use, but I would recommend once a year as a minimum.
"Most of the calamities that are caused are because people move into new homes and presume they have been swept."
Chimney sweep Tim Moore, from Charlton Kings, runs T.D. Moore Chimney Sweep and has been cleaning flues across Cheltenham for 25 years.
The 50-year-old said: "If you are burning wood then personally I would recommend that your chimney is swept twice a year.
"Most people only get it done once a year, but I think more often than that is sensible.
"Occasionally you do go out and you see chimneys that have been left and left. I have seen fires which have completely ripped the roof off homes and their neighbours.
"It is common sense, when it only cost around £50, to just get it done.
"There is a very big resurgence in solid fuel burning because of fuel prices and sales of wood burners are up, so it is more important than ever for people to know their responsibilities."
Posted by Mark at 10:30