2012 marks the 60th Anniversary of Percy Doughty & Co, one of the biggest suppliers of fires, fireplaces and stoves in the UK, distributing such widely renowned brands such as Gallery Fireplaces, Tiger Stoves and Firefox Stoves. At a time when just a decade in business is a cause for celebration, a diamond anniversary in the industry is certainly something to celebrate.

Percy Doughty have already celebrated the anniversary with the unveiling of the new showroom exclusive Vision Fires. Designed specifically with the independent retailer in mind, featuring four fire frames and fourinset fire variations in Antique Brass or Chrome.
"This is about setting out our stall for the next 60 years. We wanted to use the anniversary to showcase everything we have to offer to customers and launch a new and innovative range that brings something new to the market and creates a buzz."
All the new Vision fires will feaute the conpany's patented Ezi-Slide control and they can confirm that the glass fronted operate at 80% efficiency. 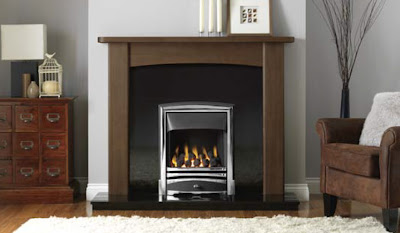 The new range of Vision fires and complemented by the already well established Gallery Fireplaces range that feature a wide vairety of finishes from wood venner to solid oak and pine and including Cotswold JuraStone effect as well as natural stone such as Agean Limestone or Carrera Marble. With Percy Doughty you can create the perfect fire and fireplace in your living room, whether it be a traditional limestone surround with woodburning or gas stove. Or a more contemporary gas or electric suite, then you can't really go wrong with ordering Gallery, Vision, Tiger or Firefox products from Percy Doughty.
Posted by Mark at 11:45