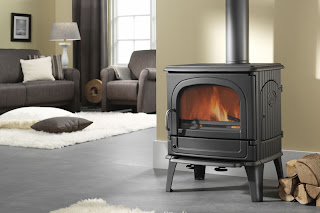 The ever-rising cost of gas, oil and electricity has fired the imagination of householders trying to save on their heating bills. It’s not only good news for environment, it’s also providing a growing business for people involved in forestry and those selling wood and log-burning stoves.

The experience of George Newburn, who runs Lytham Logs on the Fylde, is typical. He supplies high quality natural hardwood and softwood from sustainable plantations in Cumbria.

‘It’s amazing how many people are contacting me because they’ve had a wood-burning stove installed that day,’ he says. ‘I ran out of wood in the middle of January last year so I’ve now got 300 cubic metres of logs in stock.’

That’s a lot when you consider a normal sized rubbish skip hold just five cubic metres. ‘Wood is carbon neutral and people are starting to accept the environmental arguments,’ he adds. ‘People are using more wood and less coal, which has to be shipped from places like Poland.’ 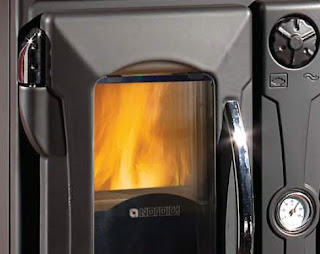 George does have some words of caution, however. ‘If we keep burning hardwood at the current rate we will run out one day. Softwood is cheaper and quicker to grown. In fact, it grows twice as quickly but it doesn’t burn twice as fast.

‘People with open fires don’t like it because it has a higher resin content and that causes it to spit. But it’s fine for wood-burners and we need to start educating people about the difference.’

John Stanley launched Vesta Stoves in Scarisbrick five years ago. ‘We are probably one of the only companies in the country that actually makes wood-burners rather than importing them,’ he says.

‘Wood-burners are increasing in popularity all the time and they do have lots of advantages. With gas prices going up and up, they are seen as a real investment and they are much more efficient and controllable than an open fire where about 80 per cent of the heat goes up the chimney. 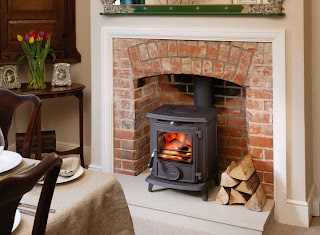 ‘If you burn £200 a year on an open fire, that would come down to about £50 a year with a wood-burner. The payback is almost instant.

‘Wood-burners with boilers are becoming massively more popular now as well. They are a big investment – you need a different kind of water tank for one thing – and the payback time is nearer ten years but they can reduce fuel bills dramatically.’

Nick Astley, who runs Fuelmizas, retailing a wide range of wood-burners in Ribchester, believes the economic argument is the main driver. ‘The powers that be would like to think people are buying wood-burners because they are carbon neutral and envionmentally-friendly but it’s really the price of fuel that’s causing the change.

‘Some are put off because they have concerns about living in restricted areas but you can now get Defra-approved wood-burners for smoke-free zones.

‘Others have visions of having to go out to collect wood, chop it with an axe, stack it and season the logs. But life’s too short. Like most people, we simply have the wood delivered.’ Cue George.

An impressive range of wood and multifuel stoves are available from Stove Megastore, as well as a heat powered stove fan that can help distribute heat around the room, further reducing the amount of fuel needed.
Posted by S Thompson at 12:45