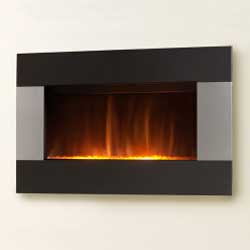 Beaufort Fires Ashbury Electric Fire is a Stylish Hang on the Wall electric fire in Black with Vertical Stainless Steel panels included with the fire, whic is a Open fronted electric fire with a with modern moulded red fuel base as standsrd and a New Virtual Flame effect this Beaufort fire has a 1.2kW heat output which has a Thermostat control as standard that is Silenty convected heat output, which vents off the top of the appliance allowing heat to rise up naturally in to the room, rather than fan heater for quiet operation. also come with options with light effect only setting, so that the flame effect can be used independently of heat source 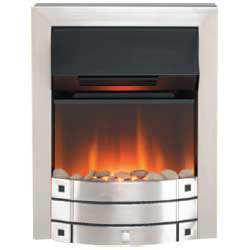 The Beaufort Fires Morestead 6637 Electric Fire has a maximum heat output of upto 2KW. Comes with a Modern Styling with a brushed steel finish trim. With Pebble fuel effect as standard and a Virtual flame effect. This Beaufort Fire can be freestanding or inset using the spacer provided the full depth of this fire is only 145mm
Posted by Unknown at 07:30