It may be a slow burner but will it fire up the audience? 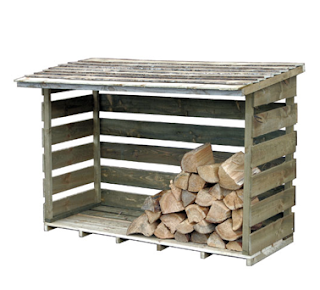 Norwegian public TV is broadcasting a programme showing a crackling fireplace - for 12 hours.
The NRK woodathon features firewood specialists providing commentary and advice on subjects such as chopping, stacking and burning the wood.
The transmission, entitled Hel Ved, also features music and poetry.
The head of programming at NRK, Rune Moeklebust, described it as "slow but noble television".
"We'll talk about the very nerdy subjects like burning, slicing and stacking the wood, but we'll also have cultural segments with music and poems," he said.
NRK is no stranger to such programming, correspondents say. In 2011 it broadcast more than a 130 hours of a cruise ship sailing up the Norwegian coast to the Arctic. 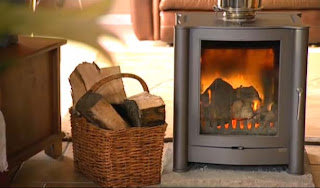 Mr Moeklebust said the production was inspired by the roaring success of a firewood book by Lars Mytting, Hel Ved - which translates as Strong Character, and is also a pun on ved - the Norwegian for firewood.
"People in Norway have a spiritual relationship with fire," Mr Moeklebust was quoted as telling Reuters.
"Fire is the reason we're here, if there was no firewood, we couldn't live in Norway, we'd freeze."
Posted by Mark at 10:13