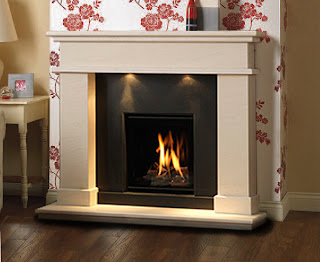 The home heating environment has changed radically since the days of our parents and grandparents. Jonathan Eyre, sales director for BCG, believes that householders should be viewing fires as part of the heating system, working in conjunction with central heating, rather than as an occasional alternative.

"Many home habits and skills are passed down in the family, and while the technology behind our home heating can be very modern and controllable, sometimes the way we use it is a hangover from more basic times."

It's time for a reassessment of how we use fires in the home heating environment. It's time to start thinking of them more as part of one unit, not fires and central heating as separate items.

More people are becoming aware of the fact that technology can play a part in controlling home heating and minimising fuel bills. Insulation and double glazing play their part, but with that done, it's how you control your heating that drives the bills down. Correct, imaginative use of modern fires add to both efficiency and atmosphere.
What has been established in the house-holders mind-set is the concept of turning on only the sitting room fire during the first of the cold evenings in autumn. It's a common-sense move. "No need to heat the rest of the house, let's save money by having the heat just where we need it."
This practise is commonly known as 'zoning' and it's just this principle that can be used to help drive down bills and cut fuel use, and is already used extensively in commercial and industrial heating systems. 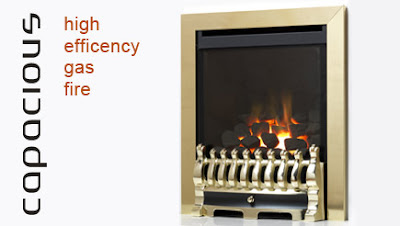 However, all too often as winter arrives, the temperature continues to drop, the central heating is put on and the fire is forgotten. And it's easy to understand why. The central heating is kicking out a lot of heat and it would be wasteful and uncomfortably hot to have the fire on as well. Thankfully, this is an easy problem to solve and it comes back to 'zoning'.

To reduce fuel costs it's important to take the concept of zoning a step further and with a modern heating system, it is far easier to control the temperature of the house than perhaps their parent's heating system. Thermostatic radiator valves can be fitted to each radiator and these can be used to reduce the amount of heat that is wasted heating unused rooms such as a spare bedroom or perhaps reducing the amount of heat given off in the kitchen that is usually well heated by the oven during cooking. These radiator valves can reduce the amount of heat required to maintain a comfortable temperature throughout the house and could be used to reduce the heat coming from the radiator in the living room, allowing you to relax in front of the romantic glow of a high-efficiency gas fire such as the Apex Capacious, while ensuring the rest of the house is kept warm. That cosy night in front of the TV watching a favourite film is all the better for having the fire on.

Some years ago fire sales were declining, largely due to the heating industry pushing the benefits of central heating and householders believing that fires were inefficient and expensive. But people have not lost the feeling that a house is not a home without a fireplace. Now with high-efficiency gas fires, such as the Apex Capacious or Verine Orbis HE and thermostatic radiator valves it is possible to enjoy that ambience without overheating and ensuring the rest of your house is kept warm during the darkest depths of winter.

The long lasting appeal of fires in the home is because, used correctly, they are efficient, attractive and put the heart into a home.
Posted by Mark at 09:17