The Met Office has already briefed the government to prepare for a colder than average winter, with temperatures expected to drop significantly at the end of November, at which time ice and frost are likely to cause transport problems and there will be a significant risk of heavy snow.
While many consumers have already  upgraded their heating system during the initial cold snap, it may very well be worth upgrading that tired and inefficient open solid fuel or gas fire with a more efficient fire or stove that will keep you warm when the weather outside is cold and snowy. 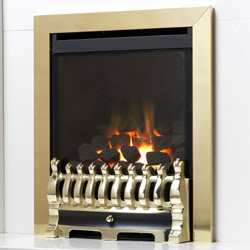 Fires such as the Apex Capacious HE or Verine Orbis High Efficiency boast heat outputs that could have only been dreamt of by older gas fires and efficiency ratings of up to 89% that mean you certainly won't be cold sat in front of one of these gas fires.
Better yet, with remote control you can turn on the fire and turn it up and town from the comfort of your armchair, the days of getting on your hands and knees to fiddle with the controls behind the fret are over.
Both of these fires are available with a number of styles of trim and fret making them suitable for items ranging from the most contemporary to very traditional fireplaces and living spaces. 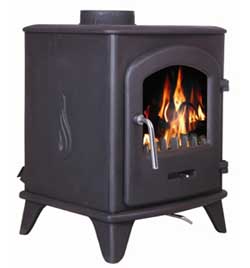 For those looking to replace a solid fuel grate, but not wanting to close up their open fireplace for an inset fire or not wanting to put in a gas connection, then a stove is a perfect alternative. While an open fire often sends a vast amount of its heat straight up and out of the house, a stove can boast efficiencies of up to 85% and dramatically reduces the amount of heat loss. Stoves have also come a long way from when they were once simply just a metal box with a fire in, carefully designed airflow and baffles mean that the stove burns it's fuel almost completely, meaning there is very little ash when the fire has died down.