The Heating & Hot Water Industry Council has recommended to government that Building Regulations be changed to require a carbon monoxide (CO) alarm be fitted with every heating appliance installation.
Partly following these recommendations, the Communities & Local Government (CLG) Committee is recommending that an audible, wired-up ‘EN 50291 compliant’ carbon monoxide alarm should be fitted wherever a heating appliance is installed in new or existing homes.

Public awareness of installing a CO alarm is much less than that of understanding the importance of having a smoke alarm. In addition, public knowledge about the risk of the odourless, invisible and potentially lethal carbon monoxide fumes must be raised to increase safety in the home, the Committee has warned.
HHIC has championed the importance of making sure consumers pick an installer who is Gas Safe Registered and also advises they use the HHIC benchmark scheme. The Benchmark member scheme is a nationally-recognised scheme that places the responsibilities on both manufacturers and installers to ensure best practice in installation, commissioning and servicing of domestic heating and hot water products in line with Building Regulations in England and Wales.
When it comes to gas and electrical safety, the Committee concludes that far too many homeowners do not appreciate either the dangers of using sub-standard engineers or their own liability when it comes to faulty gas and electrical work. 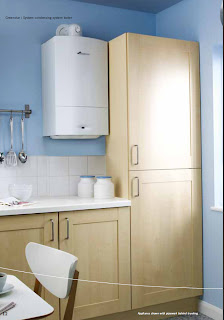 Chris Yates, HHIC deputy director, told the Select Committee hearing: “I fully agree with the necessity of carbon monoxide alarms but it must not be a replacement for annual servicing and it is very important that they are linked together.”
The CLG Committee has also recommended that electrical equipment sold in DIY stores, such as sockets, must be labelled to warn that it is illegal for an unregistered person to carry out most electrical works in the home.
Launching its report of the inquiry into gas and electrical safety in the home, Clive Betts, chair of the Committee, said: “The government must co-ordinate a concerted effort by key industry organisations to raise public awareness levels on these crucial issues. Likewise, more must be done to alert households to the dangers of using sub-standard electricians and of the need to complete regular maintenance checks on electrical circuits in the home.”
On carbon monoxide alarms, Clive Betts said: “The government should oversee a co-ordinated public awareness campaign by the various industry organisations to raise public awareness of carbon monoxide poisoning and ensure homeowners appreciate that they themselves are liable for faulty gas or electrical installations and repairs."
In its current consultation exercise into Building Regulations, the government has examined further deregulation of Part P, which focuses on electrical installation and repair.
"The Committee highlights how evidence gathered since the introduction of these rules demonstrated that deaths and injuries due to electrical faults have decreased. We could only support de-regulation if there was clear evidence that safety standards would not suffer, but such evidence has not been provided by the government,“ said Betts.
Posted by Mark at 12:45