Exempt And Authorised But Not Approved

In the last couple of months, we've heard and written about lots of DEFRA approved stoves for use in smoke control areas and also received a number of emails asking for guidance of what can and can't be done when burning logs.

Unfortunately we're not complete experts in the subject (but we're learning) but having spoken to a number of experts in the field we have quickly learned that we should get our terminology correct. 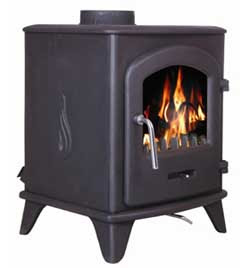 We strongly recommend you look at www.uksmokecontrolareas.co.uk which provides detailed and in-depth detail of the legislative background to the UK smoke control areas, the general locations of the smoke control areas and list of both exempt appliances and authorised fuels.

Finally, because each governing body has differing mechanisms and timetables relating to legal status and exemption, the lists of exempt appliances and authorised fuels will be different in England, Wales, Scotland and Northern Ireland
Posted by S Thompson at 14:00