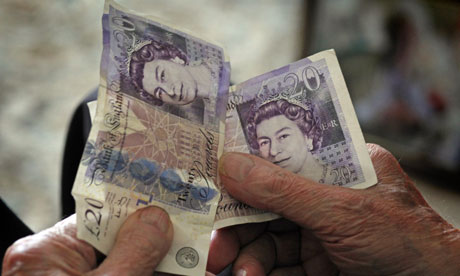 A Treasury Minister has said paying tradesmen in cash in order to receive a discount for work carried out was "morally wrong".
Exchequer Secretary David Gauke has prompted a debate across government and the construction industry after accusing homeowners who pay tradesmen in cash of helping them avoid paying tax.
Speaking to The Telegraph, he said: "Getting a discount with your plumber by paying cash in hand is a big cost to the Revenue and means others have to pay more in tax. I think it is morally wrong. It is illegal for the plumber but it is pretty implicit in those circumstances that there is a reason why there is a discount for cash. That is a large part of the hidden economy."
When questioned by Newsnight, Gauke said some government Ministers may have previously paid workers in cash, but said he had "never said to a tradesman, 'If I pay you cash, can I get a discount?'".
Responding to the debate Labour leader Ed Miliband said the government should be focusing on 'large-scale' tax avoidance, while a spokesperson from recommendation website Rated People questioned Gauke's implication that customers only pay cash in order to secure a discount, saying some alternative payment methods, such as cheques, were "not viable when, if the cheque bounces, the tradesmen could be dangerously out of pocket".
The Federation of Master Builders' director of external affairs, Brian Berry, supported the government's highlighting of the issue.
“We are pleased HMRC is becoming more vocal about the damaging effect cash in hand payments have on individual businesses and the economy at large," he said. "Businesses that avoid paying VAT have a 20% head start, but all too often this cheap deal comes without a proper written contract or any kind of paperwork meaning the enforcement of consumer rights is almost impossible if something goes wrong.”
Berry called on government to help combat this kind of cash-in-hand discounting by reducing VAT on all home repair, maintenance and improvement work to 5%.
“Not only are these guys breaking the law but they are part of an entirely unregulated trade, which inevitably leaves people out of pocket and with huge problems needing to be put right, but more worryingly, with potentially lethal consequences.
“There is nothing wrong with paying cash. What is wrong is people knowingly asking for a tax-free job and paying cash to keep things off the books. What they are doing is inciting someone, albeit a willing party, into committing tax fraud.
“What is far more important than even the Revenue's £2 billion estimated annual loss, is safety. The reason people like all my engineers train for a minimum of three years as an apprentice, plus a college a day a week at the same time is because mistakes made by unqualified tradesmen, who are typically the ones working in the black economy, cost lives.”
Posted by Mark at 09:42